Colony Villas:  2015 has started out to be a good year for the Colony Villas.  March has closed two more sales which brings the yearly total to five compared to only three in the first quarter of 2014.  The two closed sales were on units #1603 and #2503 (see the Colony Villas March Dashboard for list and sale prices).  There were also two new listings last month.  Both units are the same 2 bedroom, 2 bath floor plan with a main floor bedroom.  Unit #301 is priced at $435,000 and located on the golf course.  Unit #1801 is priced at $425,000 and located across from the tennis courts.  There are also five units under contingent status in the Colony Villas.  Details on those sales will be found on the Colony Villas Dashboard when the sales become final. 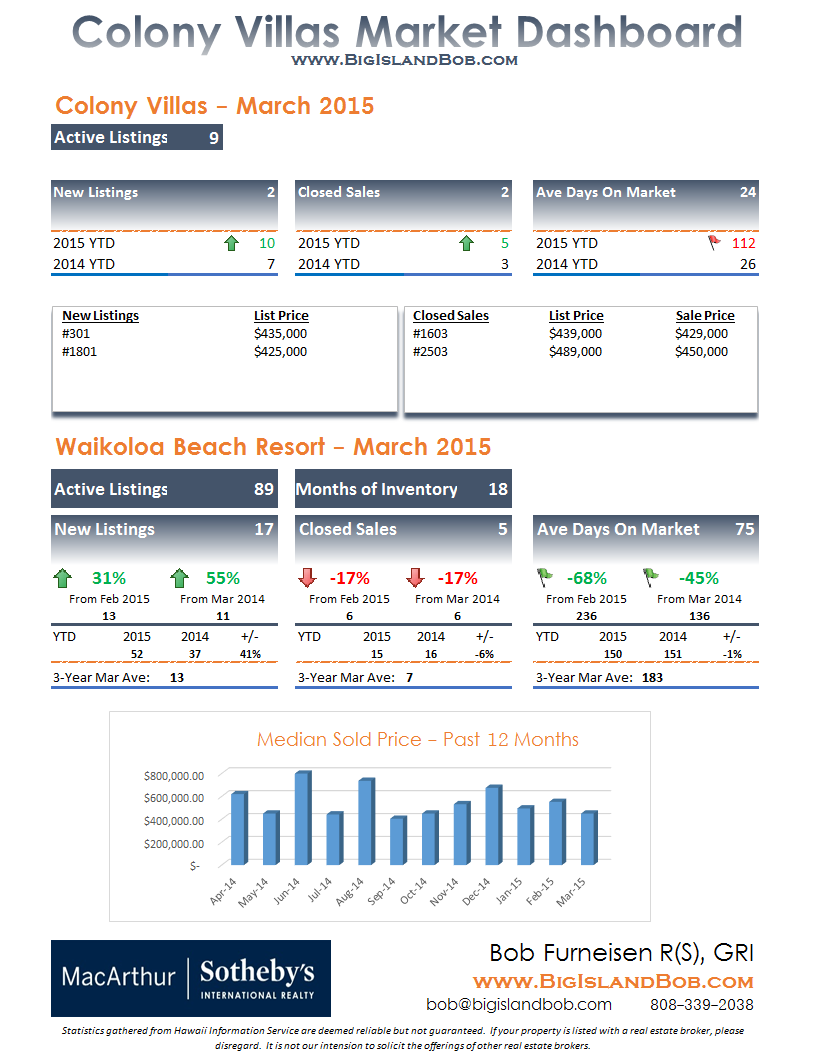