2015 brought the highest median sales price to the resort since 2007.  Throughout the year, I touched on the fact that the total number of closed unit sales had lagged behind the 2014.  There is a lack of rock bottom priced “distressed” properties that had been seen in previous years and a softening of the Canadian dollar.  In addition, there was a number of new construction condos and homes put under contract in 2015 that will not be included in sales numbers until they are officially closed in 2016 or 2017.  Starting 2016, Mauna Lani Resort had 27 properties in contingent or under contract status.

The busiest real estate sales season is here.  If you’ve been considering selling your property, you need to start marketing that property now.  Don’t miss your buyer.  Contact me today. 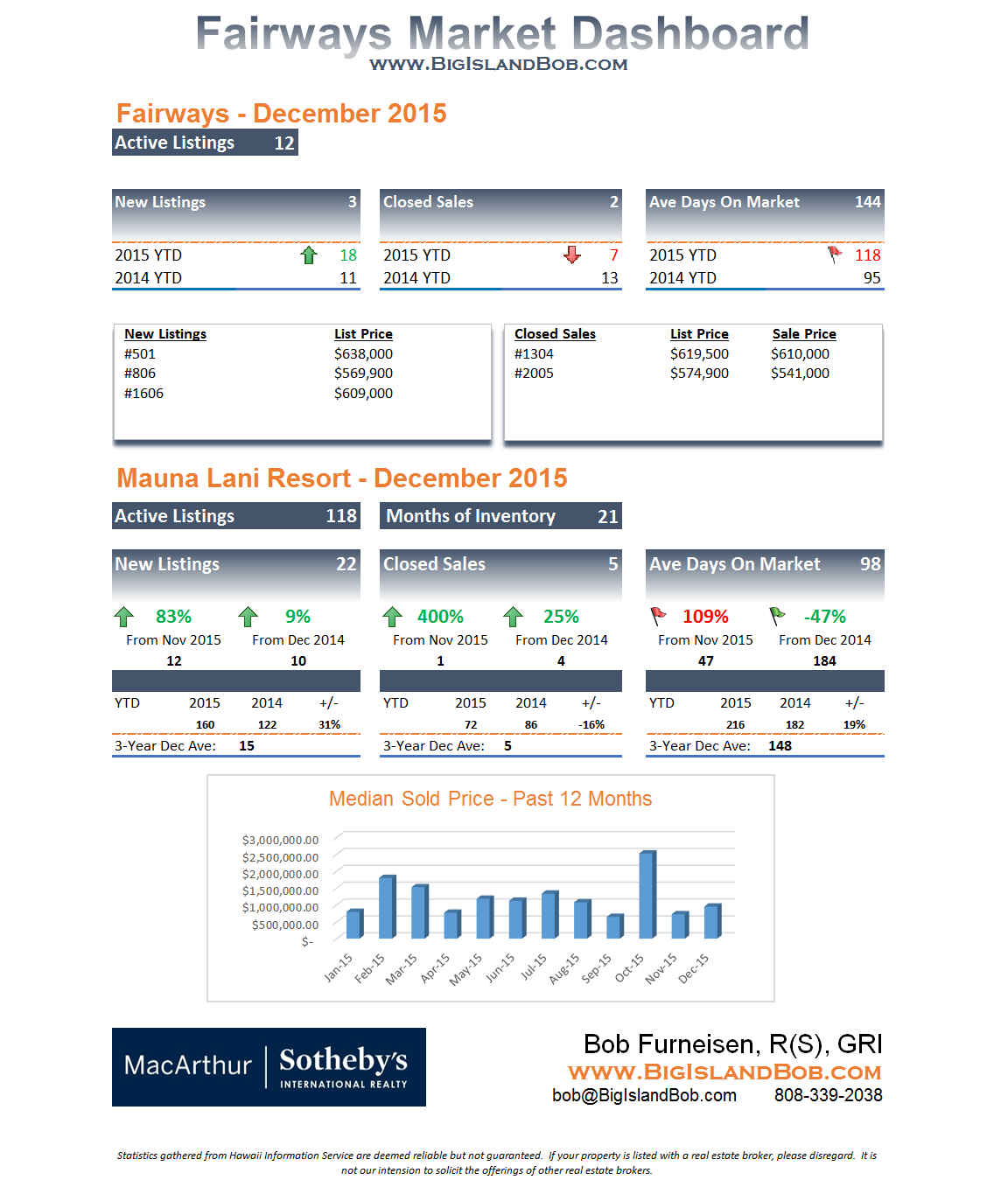